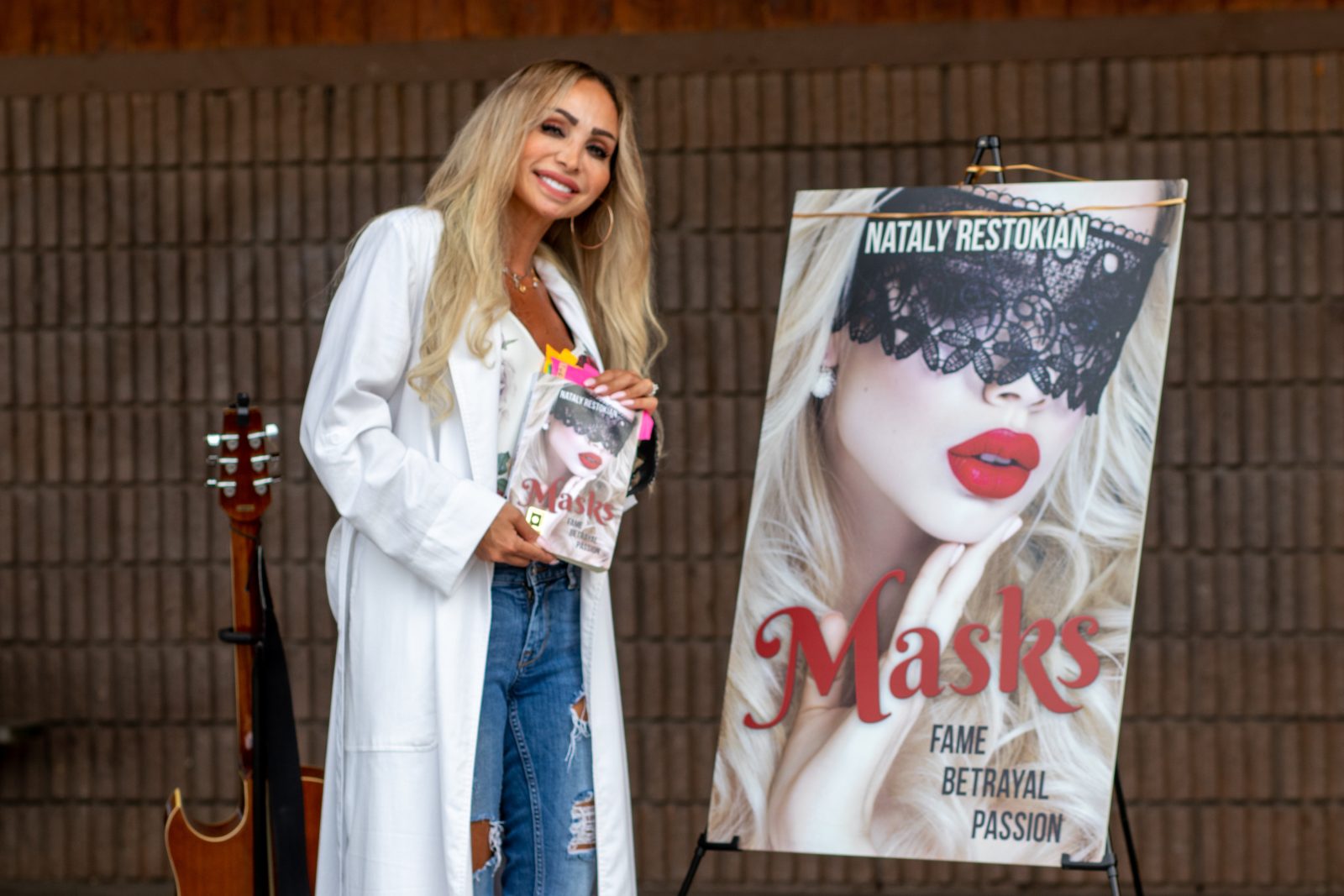 CORNWALL, Ontario – Lamoureux Park was filled with an evening of entertainment through music, performances, and speaking from authors, musicians, and filmmakers alike on Aug. 3 for the BackStage Pass Fundraiser.

“We put this on to show that Cornwall does have a passionate community when it comes to music and film, and we really want to feature how beautiful this city is and all of the talented people within it, “said Gladys Karam,  founder 3 Angels Power Film Production INC along with her sisters.

The fundraiser was in support of their current feature “Chi Ann Blaze of Fury”, with a percentage of ticket sales going to Habitat for Humanity and Diversity Cornwall, according to Karam.  The evening consisted of entertainment from Councillor Syd Gardiner playing guitar, speaker and author Nataly Restokian, and other musicians, artists, and individuals in the acting community.

While attendance was lower than anticipated, that would not deter their efforts, according to Karam. “We would have liked to have more people show up as we had expected, but we’re going to put on a great evening if its 100 people or just one,” said Karam.

“We need to always support people that are passionate, and Gladys is passionate about what she does. She works hard and loves her community and working with anybody who wants to try, and that’s what matters to her,” said Restokian.